Pinning down a new hobby.

Dress-making runs in the family. At least I like to think so.

My Grandmother and her sisters made their own clothes, each one assigned a different part of the process depending on their skills and eye for style.

My aunt makes beautiful outfits when she has the time - not to mention knitting the most delightful personalised toys for the children and grandchildren in her life.

My mother made all my sister and my clothes, bar our prettiest frilliest party dresses and has more than a few handmade pieces in her own wardrobe.
And my sister has just bought herself a sewing machine and is teaching herself, on the other side of the world with her own set of patterns.

Now its my turn, and it's an interesting learning curve.
My first attempt was years ago, before I'd determined my style and so although it resulted in a muslin summer dress and Jane Austen dress, it wasn't the perfect start.

Recently I've tried again.
In this venture, I'll admit, I probably began at the wrong end of the process, trying to replicate existing clothing in my wardrobe, or museum-worthy gowns depicted in my fashion history sources as opposed to starting with patterns and gradually adapting them to meet the level of striking-ness expected by their creator. Having fought my way through two items I started using a pattern and oh it was good. So simple. So easy in comparison. 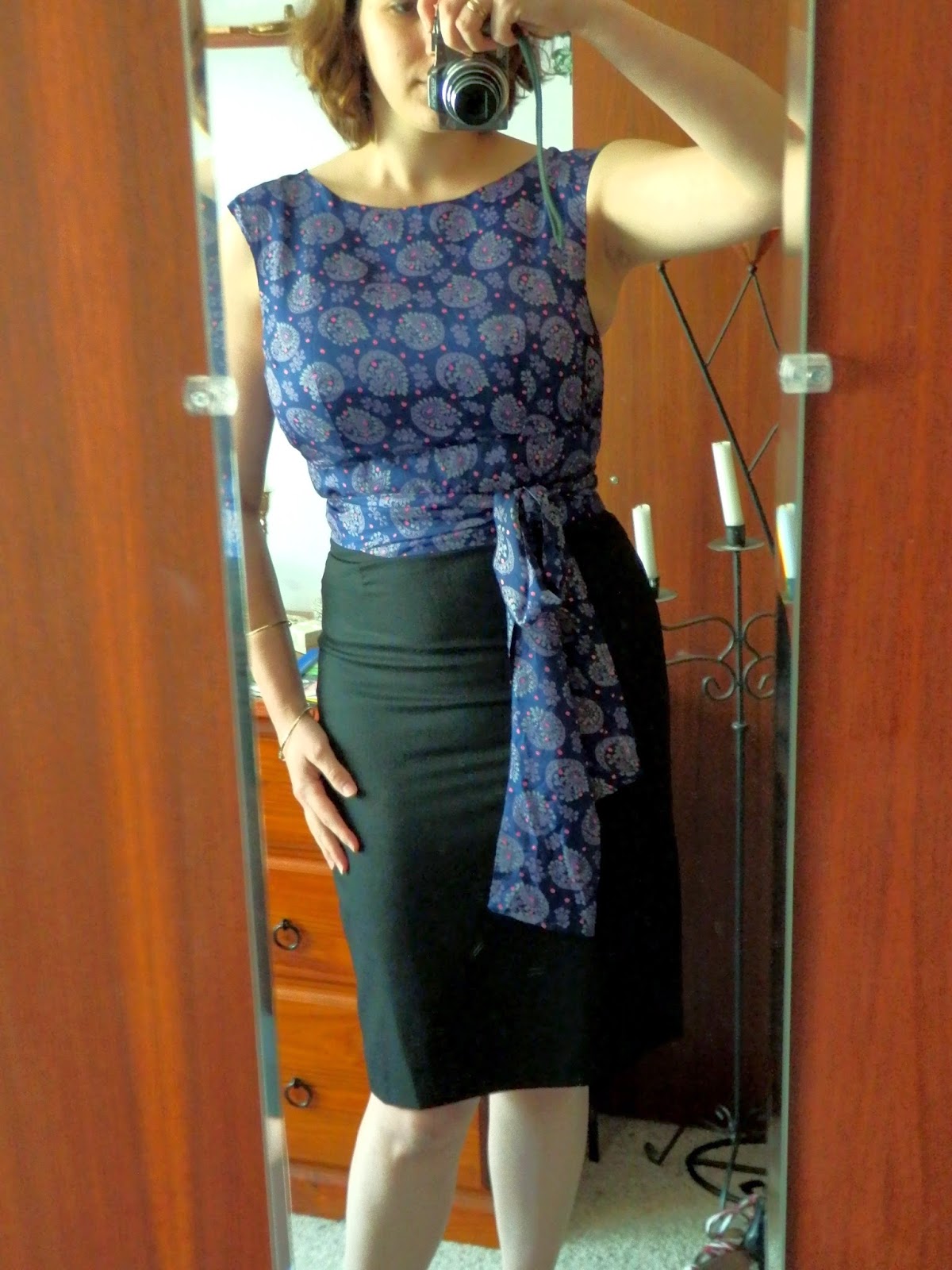 First, the bodice of one of my favourite sun dresses. It's a wrap-around. No zips, no buttons. How hard can that be?
Throw in my impressive bust measurements and it's an entirely different ball game. 2x20cm (each) darts later and the blouse is a breeze.

Second, the recreation of one of my grandmother's gowns: a polka dot shift dress with a double frill plastered down the centre from neck to knee. Not impressed with the idea of enhancing my bust even more with a ruffle I decided to move it to the back. 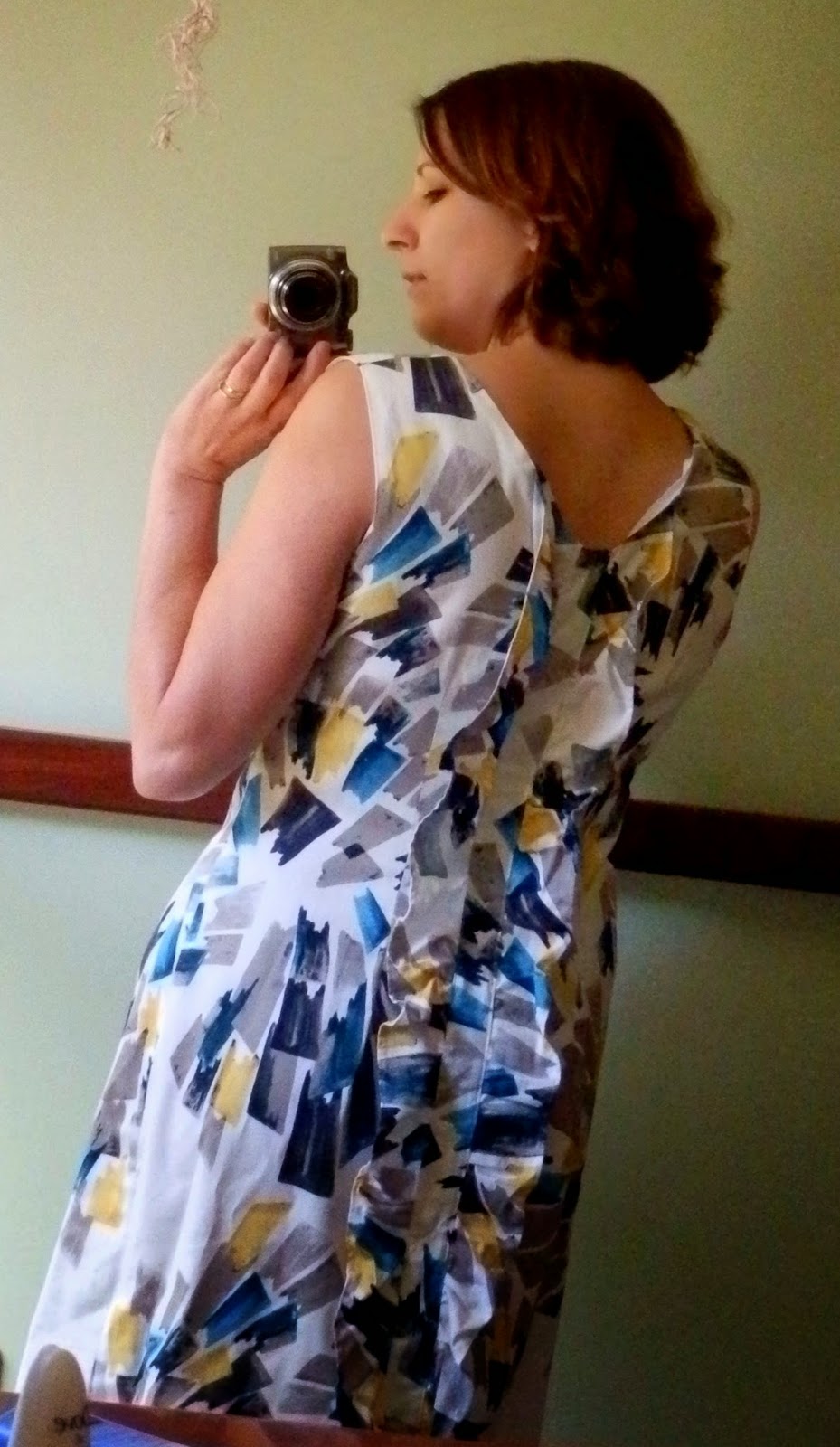 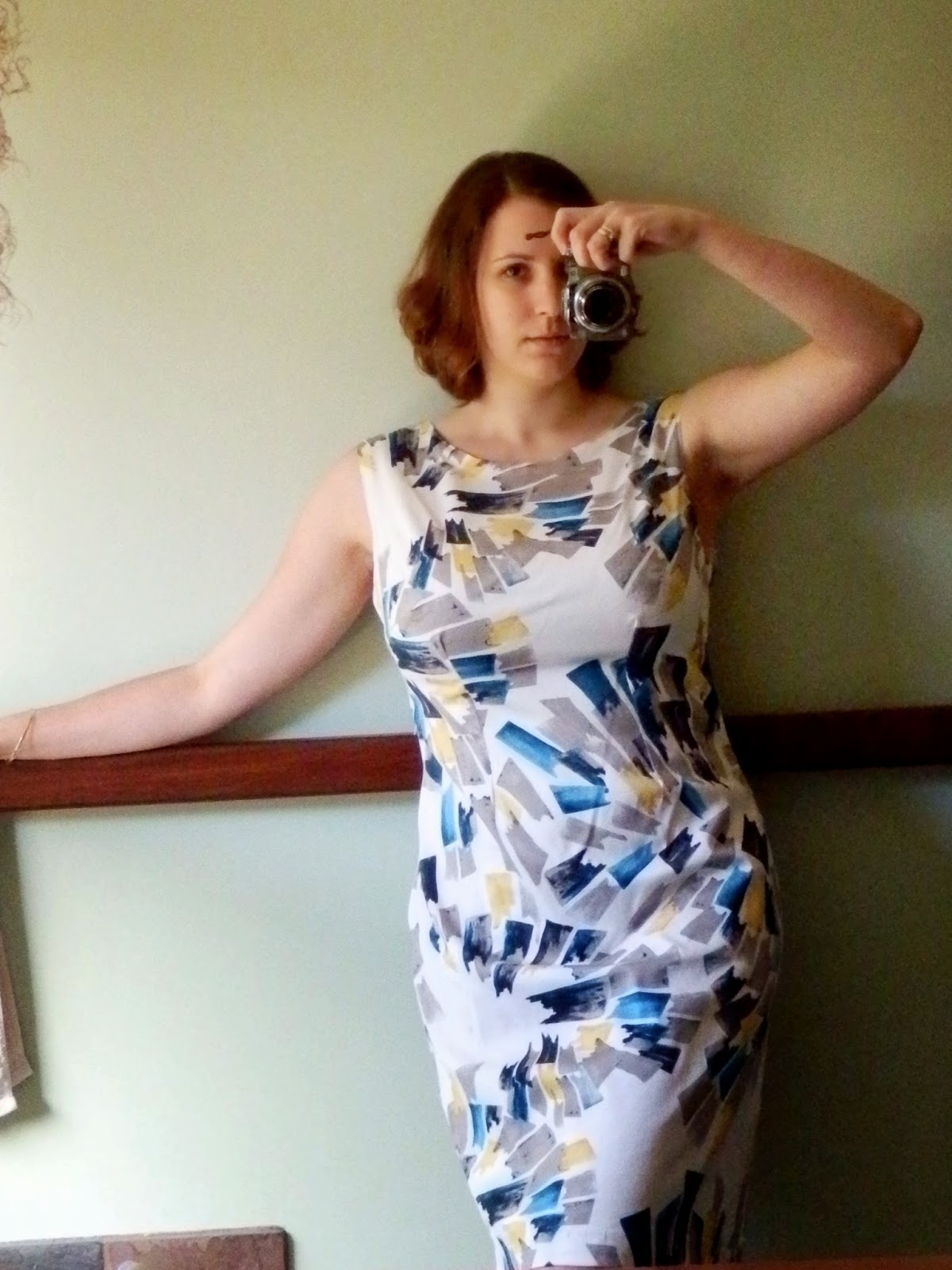 Now I know why it was at the front; the back is easy to fit. The bust/waist ratio in this family is not.

With the remnants of that fabric I made a pencil skirt that I subsequently ruined as I reached the finish line. So fourth and fifth are even more vibrant pencil skirts, one following the pattern, the other not in the strictest sense.
That was when I discovered the joy of fitting invisible zips, without an invisible zipper foot. Several jaunts across town, two zipper foots and the discovery I had the wrong type of invisible zip later, the zip is in and looking invisible enough to meet my declining expectations. 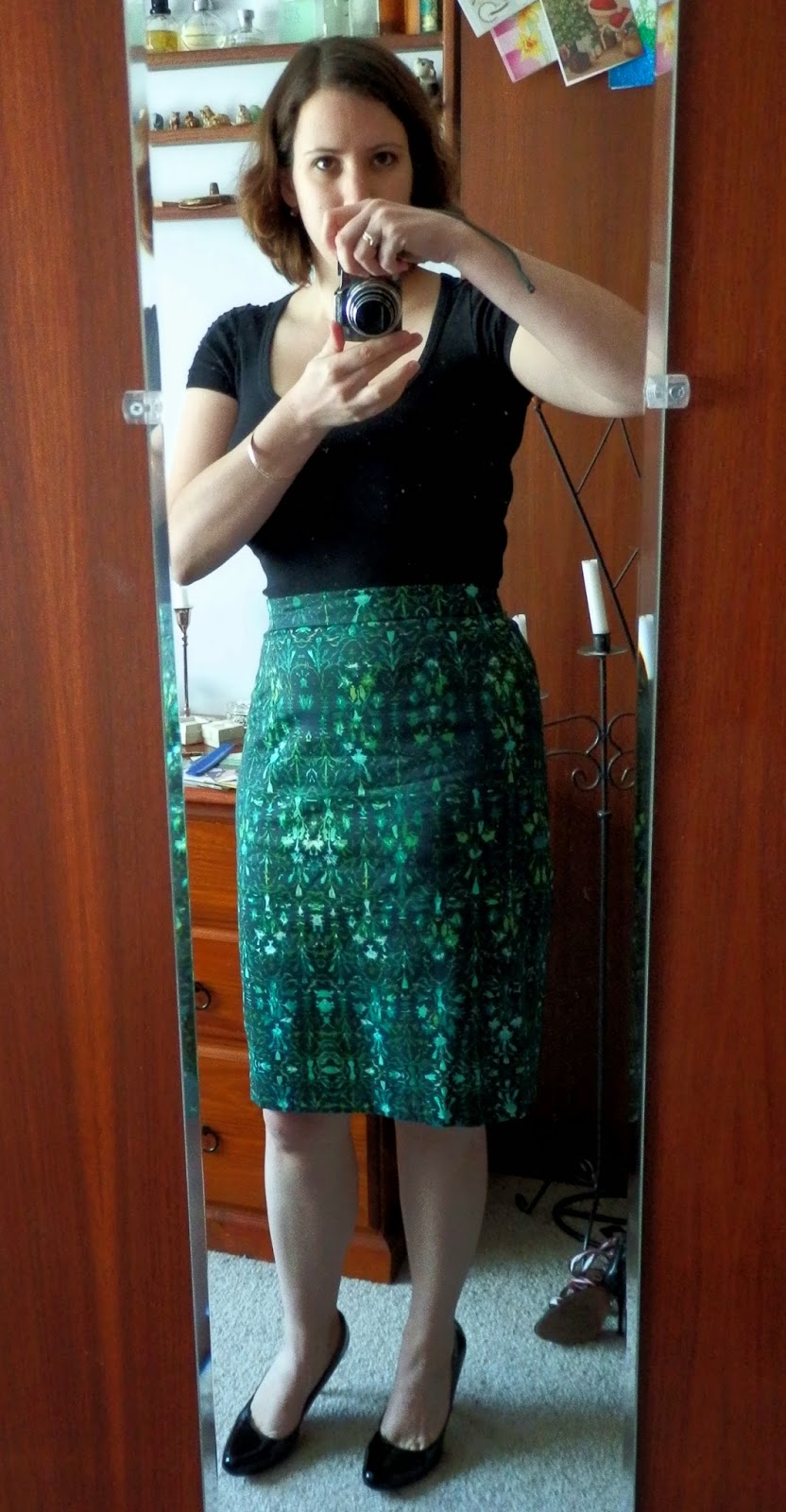 Now to the hemming and if its not the bust that's causing problems it just has to be my uneven hips. Oh joy of joys. How is it that an even hem suddenly gains two centimetres in length, on one side only, with the blink of the eye (wiggle of the hips actually)?


The pencil skirts are now complete, so I can return to an earlier attempt, neatly folded and almost forgotten in a corner of my desk. Its a beautiful piece of raw silk cut from a length of sari silk. 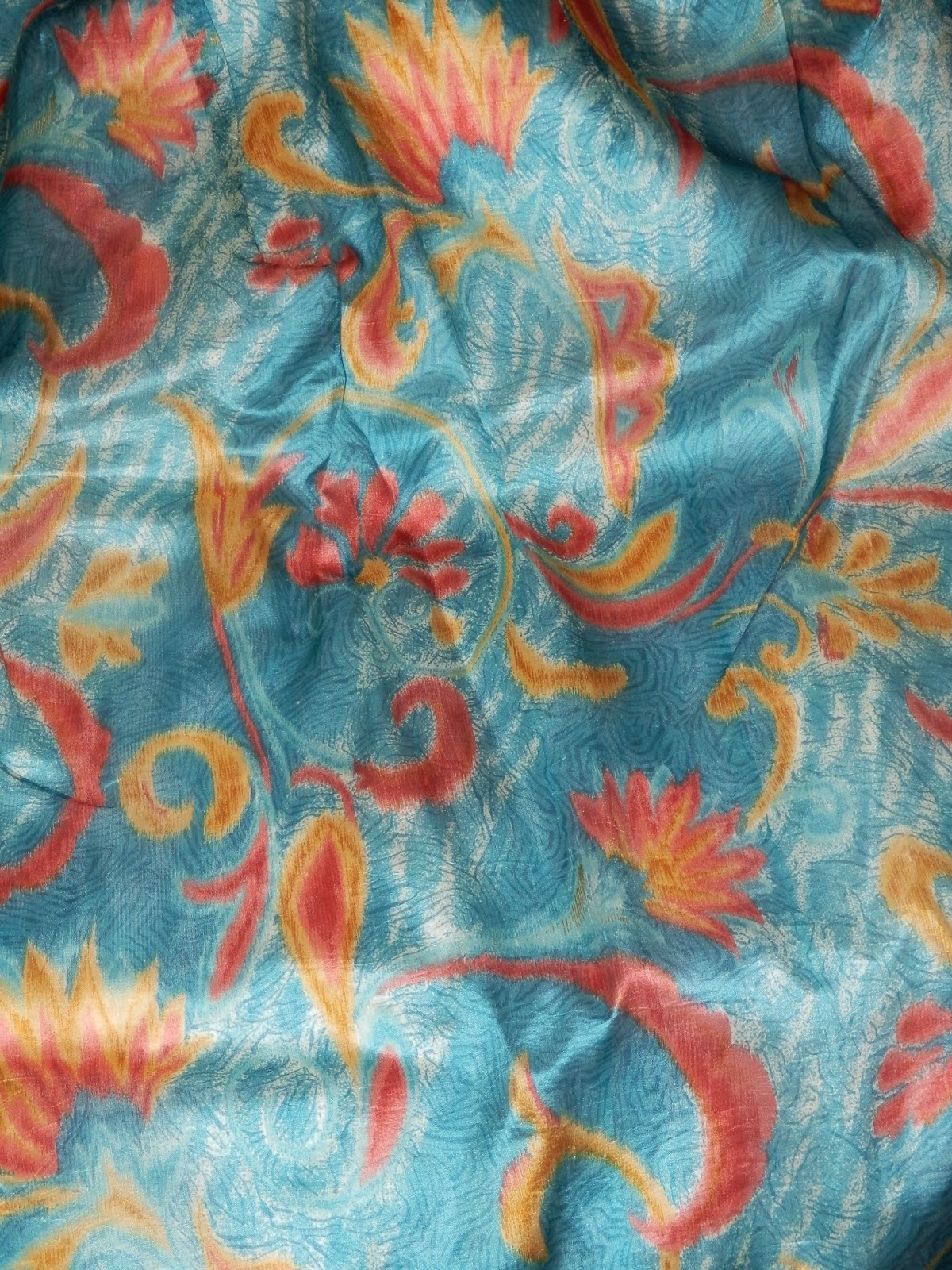 Email ThisBlogThis!Share to TwitterShare to FacebookShare to Pinterest
Labels: Family Tradition, Fashions of the Past, With Needle and Thread