With the death of Ra

On our last night in Cairo the small group of us climbed onto the roof of the hotel lobby to watch the sun set. Given our position on the west bank of the Nile on the outskirts of Giza we could see the silhouettes of the pyramids set against the glowing sky and stare in awe as the orange glow slipped over the horizon and faded into obscurity. 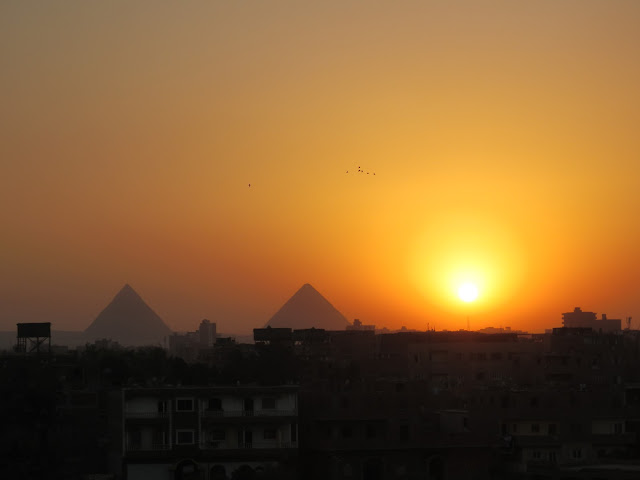 Staring as the sight, it wasn't difficult to place it in the context of history and take delight that for several millennia now people had watched as we'd just watched the sun complete its daily journey across the sky and slip over the western horizon. It was a natural occurrence  the earth travelling anti-clockwise signalling the end of the day, and the end of our holidays and return to normality. Just here, the scenery differed somewhat from the standard views we'd grown up with in the antipodes, the warm sun setting over the mass of Australia or over the Indian Ocean, its glimmering light offering the image of a stairway to heaven. It also differed dramatically from the cold greyness that many of us had become accustomed to living for so long in London.

As we currently stood, a group of youngsters enjoying the mid-term week off from our lives as teachers and professionals I did wonder how many of us were thinking about the stories we'd been told throughout the week: the division of the land into East and West, life and death along the undulating length of the river Nile. Where we stood now on the west bank looking towards the funeral monuments of the horizon, watching as the sun died a brilliant death, to be reborn behind us in the cool light of the tomorrow's dawn, it wasn't hard to see why the Pharaohs had chosen to be buried on the left bank. Why they had been so desirous of associating themselves with the sun, hoping and praying that like it's god Ra they too would be reborn as gods, continued in their worship by the populous below.

The Exoticness of Standard Fare

The more time I spend in Egypt, the more I see that reminds me of my grandfather. He's not Egyptian, though the fact he was born in Alexandria confuses most people. And until the British were force-ably removed in 1952, he lived and work in Alexandria. He worked for a ship-chandler but in cohesion with  the natives (terminology from his day) enough that he wrote and spoke the language and partook of many of the meals that were typical of the roadside eateries of the area. Still, 50 years along, I hear stories of meals they ate, learn first hand how to make delicacies, the ingredients of which are only now becoming available in our spice markets and foreign grocery stores. Dishes like Ful Mesdames have become a standard part of my diet, a quick and refreshing meal to make on a lazy evening when takeaway just won't cut it. 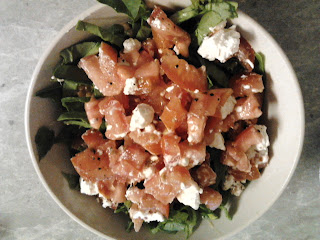 It is a strange feeling as I feel I should be exhibiting feelings of interest or excitement at trying something new and exotic, and yet more and more I find I it to be something I know from my own unexciting, perfectly standard childhood. For me, the delight of watching baba-ghanoush being made before my eyes was missing: here is not an exotic dish that was only ever found in the aisles of the supermarket, but one I've seen before, I've made before, one even the most un-ethnic of my family have perfected the art of making. 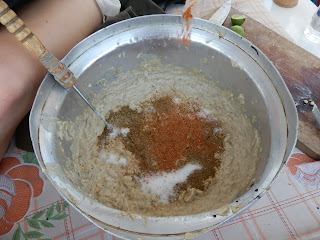 And then to hear the standard fare of the local Egyptians when meat is short or unavailable, the strangest and most unusual (un-western may seem a more appropriate term if such a term exists) of the Egyptian dishes to which we were introduced. It's a dish I recognise, if more by taste, by name, by story, by my Mother's reaction: a gelatinous soup made for the leaves of a local plant of the name Molokhia.

Email ThisBlogThis!Share to TwitterShare to FacebookShare to Pinterest
Labels: Egypt, Food of the Gods

On the afternoon of our outing to Abu Simbel, we visited another temple rescued from the depths of Lake Nassar. This was a temple complex dedicated to the goddess Isis, originally located on the island of Philae. 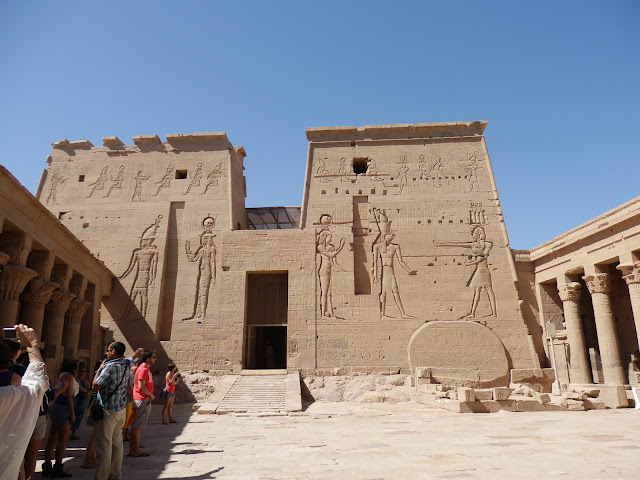 A Morning at Abu Simbel

During the English Summer Holidays (my friend was a teacher) we decided to undertake a tour of Egypt, because we could.

Though I have a strange family connection with Egypt, I knew this tour wouldn't cover that. Instead, it was an Ancient History tour, which appealed to me even more. Having grown up reading Egyptian mythology and ancient history in my spare time, I was keen to see for myself the major monuments that exist besides the Pyramids and Sphinx. Included in this were the two temples at Abu Simbel. 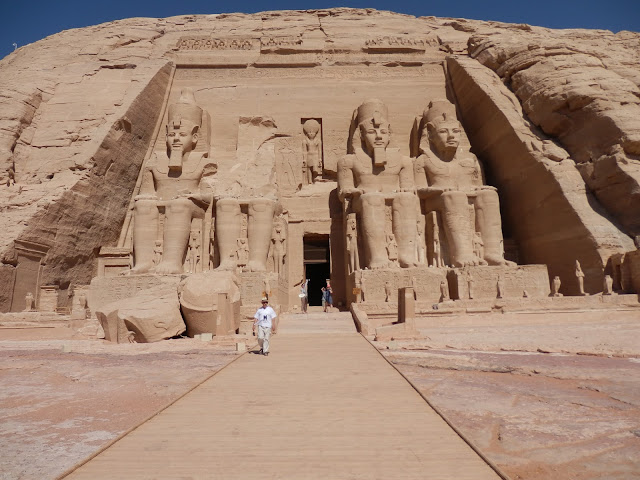 In Ancient Egypt, the river Nile created a simple divide of east and west, life and death. To the east the sun rises: life, before dying as it sets in the west.
As a result, despite there being temples located on the east and west shore of the Nile, the purpose of these temples is clearly divided into temples for the living and temples relating to death.

The temple constructed by Hatshepsut, the female Pharaoh is located on the west shore and so it is designated the Mortuary Temple of Hatshepsut. 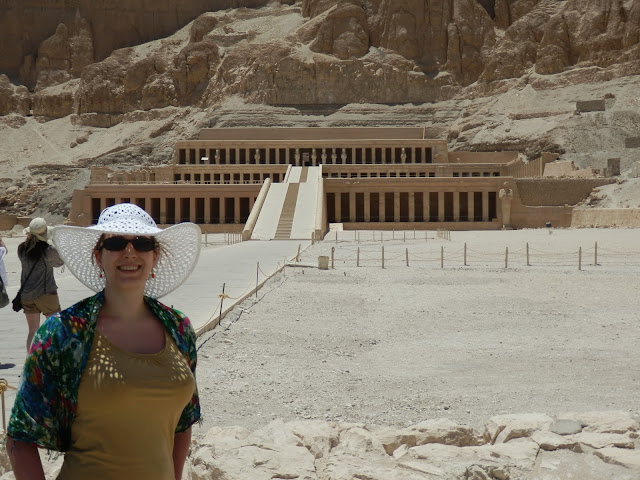