Lost in the Long Grass

Waiting in Kensington gardens for a friend who was running late, I stumbled upon a stone marker in the ground covered on two sides with a strange series of letters and numbers. 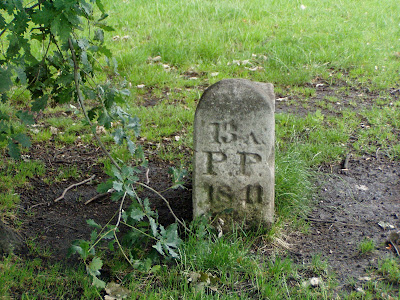 Curious as to its presence but with nothing to indicate its function, I took a couple of pictures before forgetting about it completely. 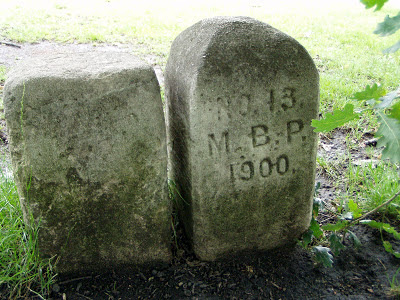 That was until something similar popped up on an old Time Team episode and I remembered my photos and began to wonder whether what I had stumbled upon was an old parish boundary marker. It had been situated in the grass just off one of the main paths, in line with the boundary perimeter of the St Matthew Bayswater Parish within the larger, older Paddington Parish. 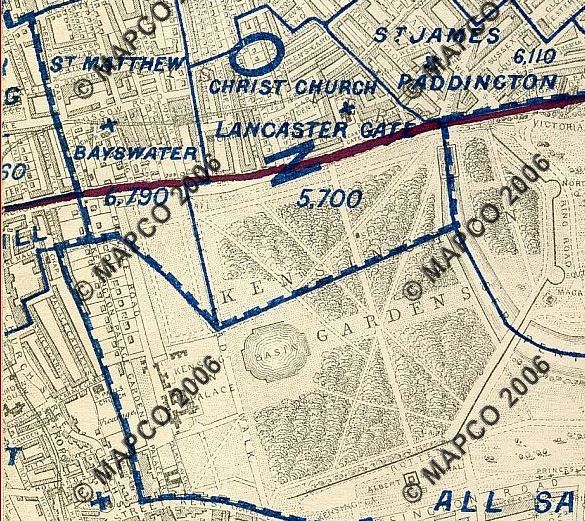 Were the numbers beneath each set of initials the date of the Parish's founding, the date of the definition of the boundary? Were they still representative of boundary lines or nostalgic remnants from bygone years?

Hidden on the outskirts of South-East London is Eltham Palace.

Once the abode of medieval kings and a childhood home of Henry VIII, it now contains little more than a snapshot of this history, the majority of its essence being devoted to the elegance of  the Art Deco designs
implemented whilst under the private ownership of the Courtaulds.

From the entrance gate, Eltham Palace looks like one of your normal historical private residences; it has the gate house, the winding driveway through picturesque gardens, a colonnaded entrance and several wings.

However as you cross the moat and turn into the forecourt it becomes apparent that one of the wings is unlike the rest of the building; its lower half is buttressed while the upper is pierced with the delicately decorated arch windows typical of medieval times. This is a building far older than its surrounds, a realisation that if you left yourself time to think would have you wondering what it was you had chosen to stumble upon. Of the main structure of the house, though decorated with the classical pillars, and the terracing and paned windows of a Georgian building, there is still something decidedly recent about it. 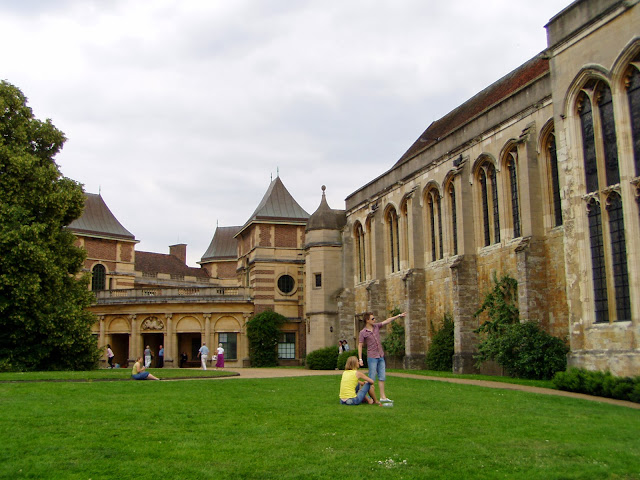 However it perhaps isn't until you step inside that you begin to realise why. The Entrance Hall / Living Room is the largest room in the house, filling the spherical triangle between the two wings.
By historical standards it is sparsely furnished, but each piece has been chosen specifically and set upon an original rug placed beneath the pricked central skylight. Flanking either side of the door through which you entered, are marquetry panels of Italy and Scandinavia, guarded by a corresponding depiction of a Roman Legionary and Viking.

Aside from the drawing room, which has been furnished in a somewhat Florentine Renaissance style with visible ceiling beams, ornate wood carvings and  stone alcoves, the remainder of the house has been furnished is a sumptuous Art Deco style befitting the wealth and social position of the Courtaulds. Many of the rooms have been panelled in warm woods and furnished in a minimalist but comfortable style, often inclusive of built-in furniture. 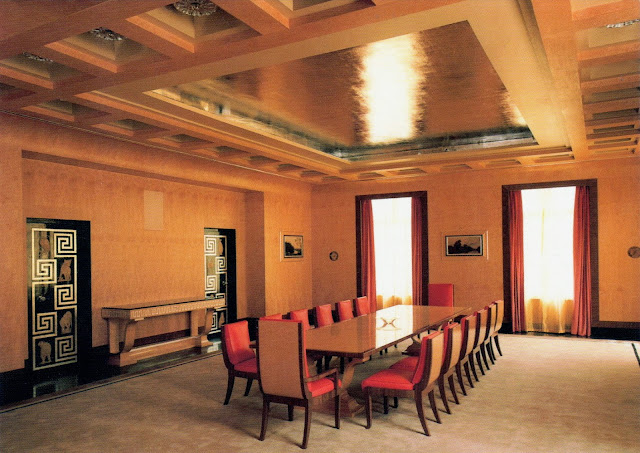 Aside from the local map embossed into the panelling in Stephen Courtauld's library, perhaps the most impressive room is that of Virginia's bedroom suite. Carved out of a rectangular room, the bed rests against a semicircle of warm wooden panelling through which doors lead to her husband's suite, the wardrobe and a rather ornate bathroom. 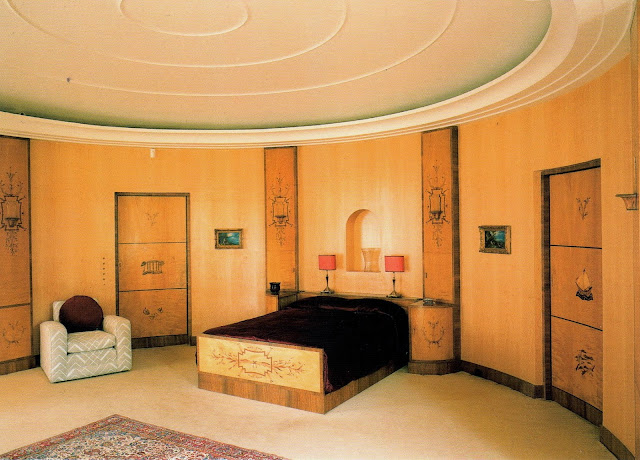 In the marble lined bathroom, Virginia's bath sits within a gold mosaic niche and comes complete with gold plated taps and lion's-head spout. 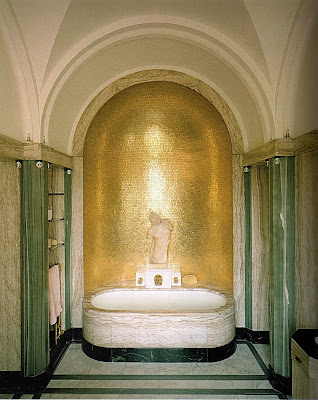 Surrounding that house is a strange composite of floral and kitchen gardens interspersed with Grecian columns, and the remnants of the medieval moat and bridge. At the front of the house this has retained the appearance of a moat. 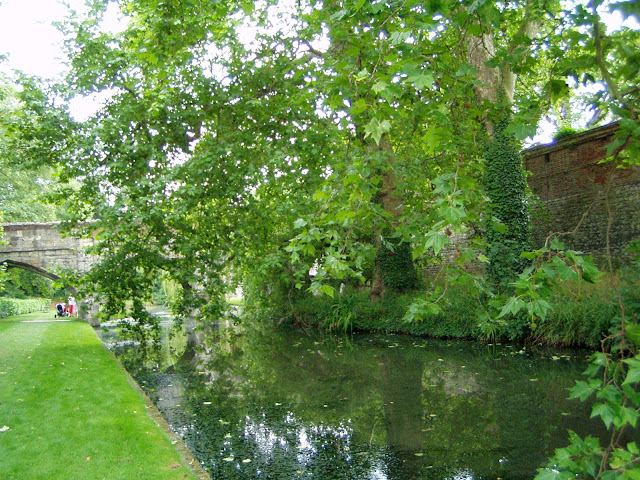 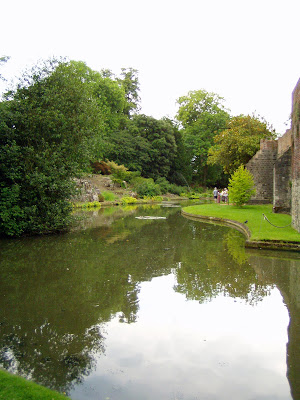 But as you travel around the garden the moat ceases, and reappears as a lily pond before disappearing altogether to be replaced with a grassy park stretching under another bridge before continuing round to connect with the start of the original moat. 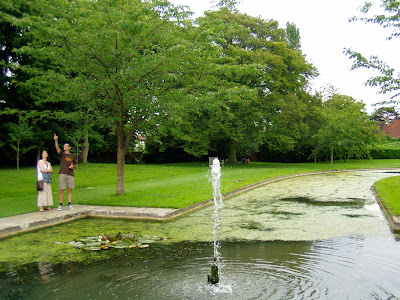 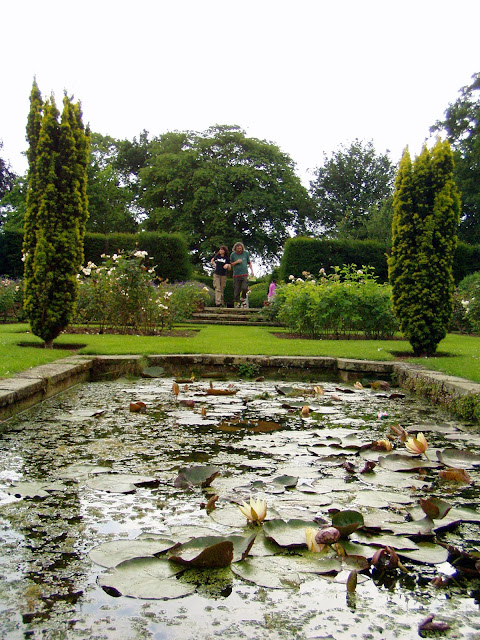 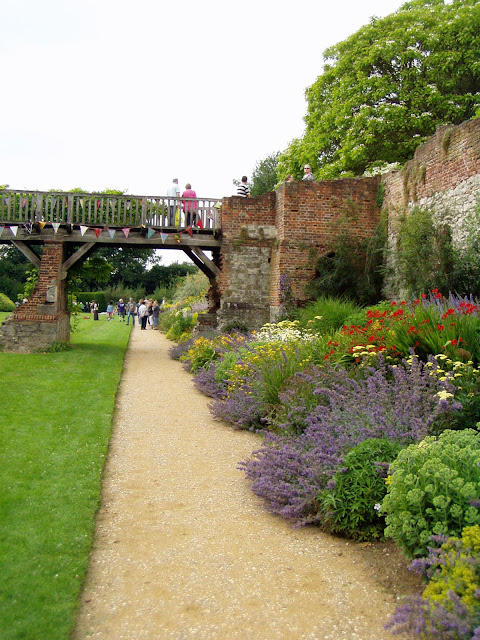 Wandering through it in spring, the vibrant flowers and bright green grass eagerly take the place of the swirling waters of the moat providing a place for families to picnic and tourists of all ages to rest a while and enjoy the rarity of a bright spring day. 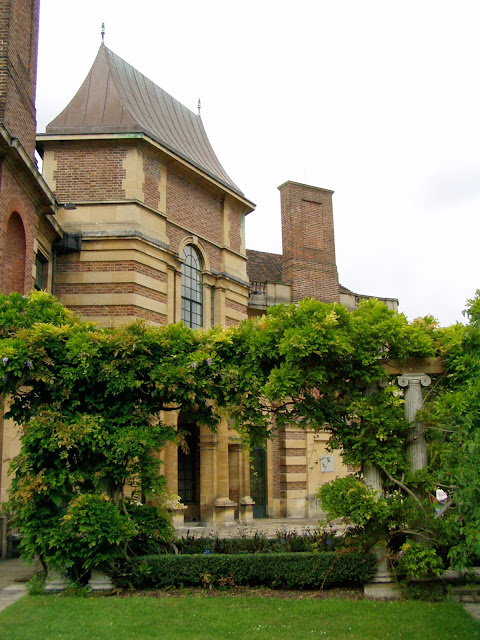 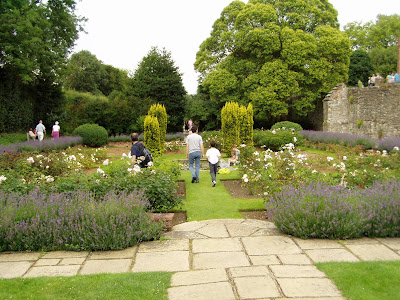 In the warm air the bumble bees clamour over the heads of lavender making the utmost of what little time they have. They are in a drunken frenzy, making it next to impossible to capture their beautiful antics on film. 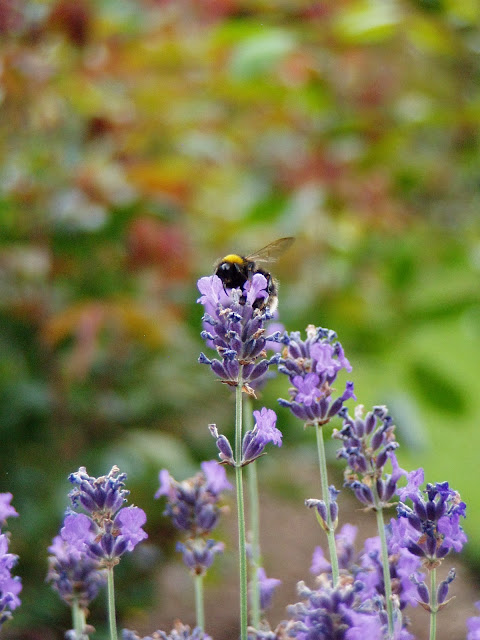 Originally a Tudor Castle, the only surviving structure (aside from a few ruins in the garden) is the Great Hall, complete with minstrel's gallery and vaulted ceiling. 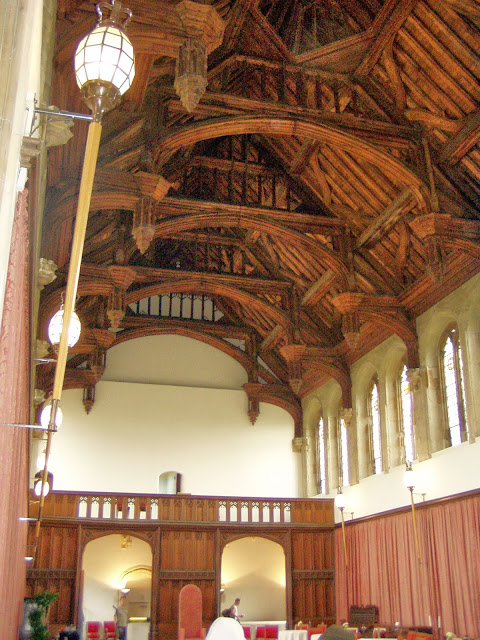 And it is in the antechamber of this hall that the Courtauld's pet lemur Mah-jongg is depicted for prosperity. 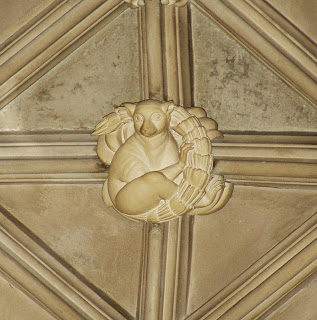 Mah-jongg was a prominent member of the family, with a centrally heated cage upstairs and his own ladder leading downstairs into the flower room. 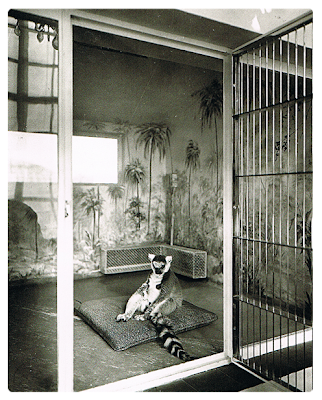