Unfortunately, this year spring brings with it the reality of hay fever, but this doesn't mean the garden is any less beautiful.
In fact it can be argued that the late winter and sudden summer have made it even more spectacular. The garden paths, normally covered with a hearty layer of mulch and leaf matter are instead hidden beneath a carpet of pink weeds and nasturtiums. 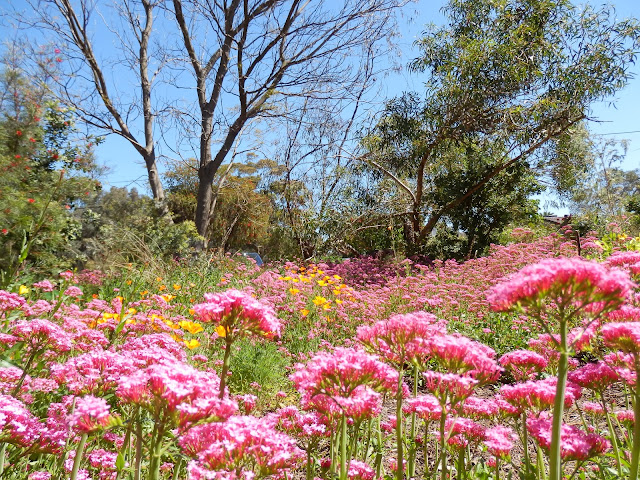 The cabbage moths are out in force, outnumbering the Monarchs 100 to 1 (and proving far more possible to catch in camera). 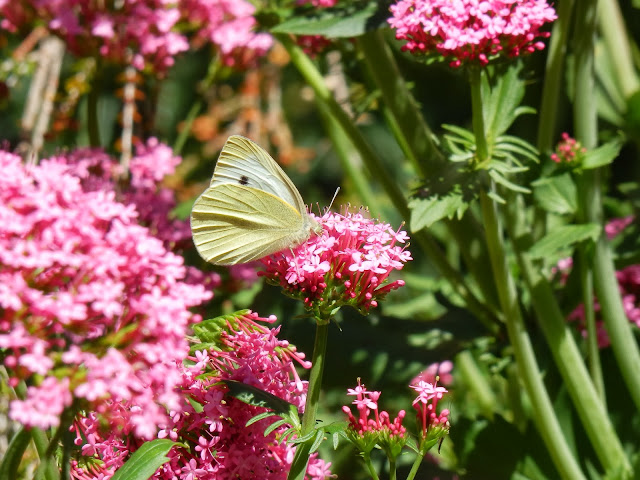 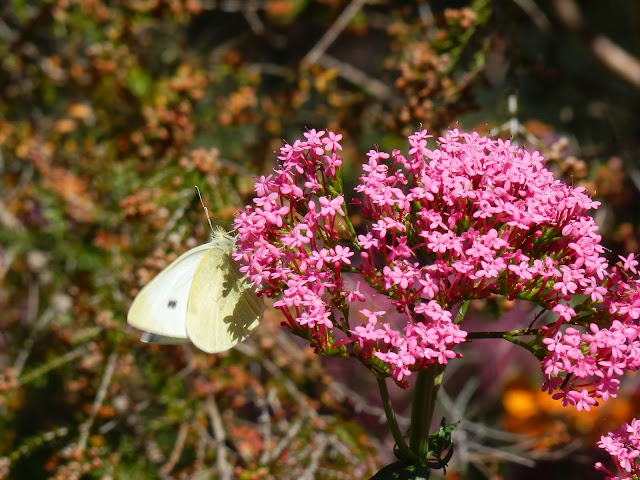 Over near the pomegranate, Igliot and his friend survey the extent of their restaurant, choosing where in the smorgasbord to start in this sitting. From the kitchen window Mum is scowling and complaining about the subsequent depletion of worms in her compost pile. However Igliot has proven to be made of sterner stuff and won't be swayed. 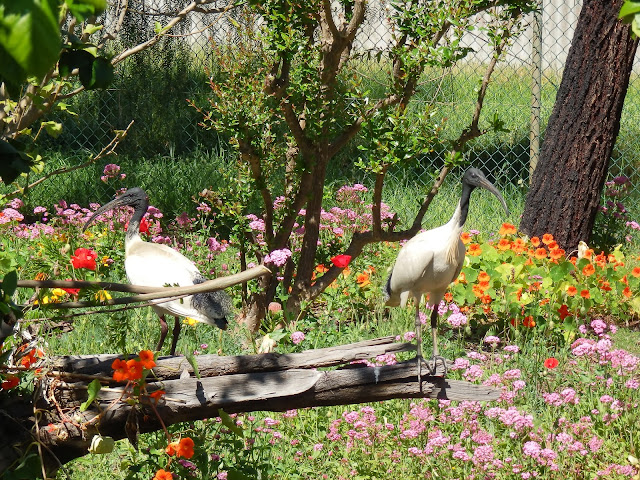 In the morning sun the frogs have taken to sunning themselves on the bank of their pond, always remembering to keep a wary eye out for intruding cats or camera-wielding humans.
They've made the most of the warming weather, filling the pond with a swarm of minute tadpoles that, with hope, will eventually take over the garden and like the birds, terrorise the cats into believing they are the second class citizens on this patch of earth. 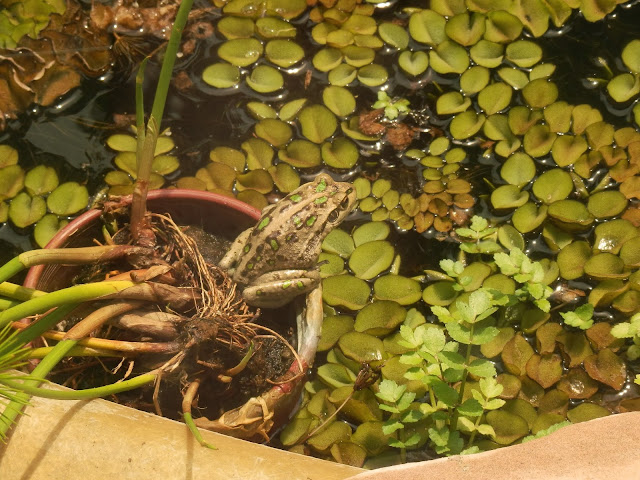 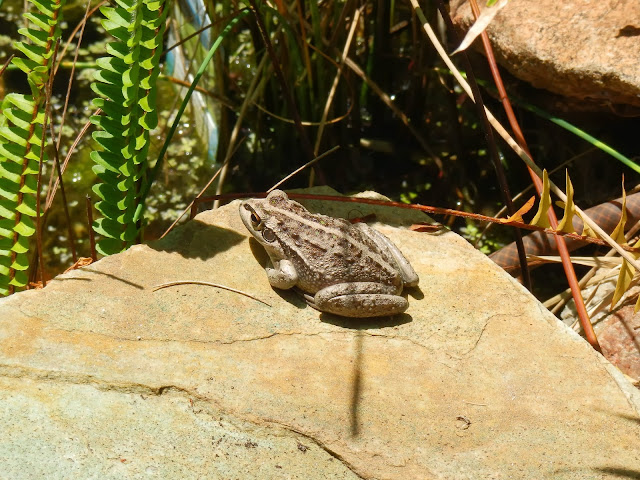 It is just hoped that these frogs and frog-lets do not become target practice for the butcher birds who have also taken to procreating in the area. Their fledgeling is fully fledged but still voices demands for food, filling the air with its pitiful cry. I feel for the parents! 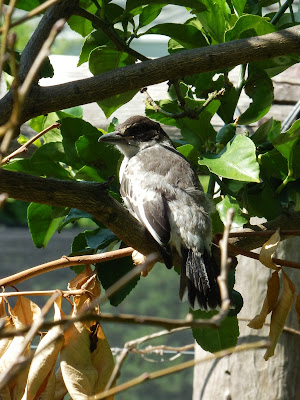 This frog was looking particularly smug having secreted himself in an elk horn out of reach of both the cats and humans of the house. 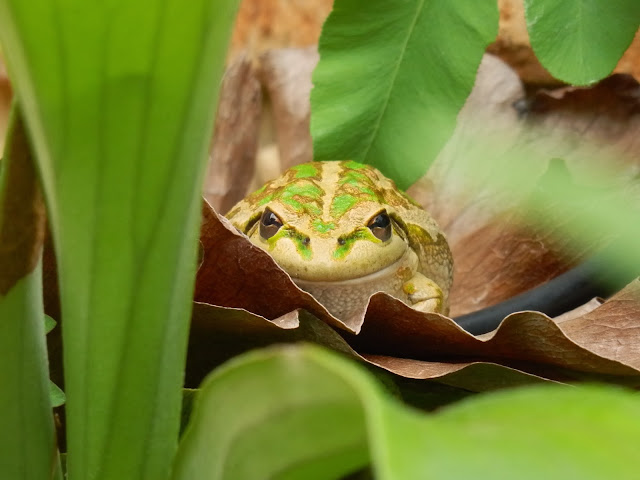 At the front of the house the bed of roses is in full bloom. Along the fence line Crepescule cascades in a mass of pale apricot blossoms while further along Guinee vies for attention, its long tendrils climbing skywards whilst encased in its annual show of dark red blooms. 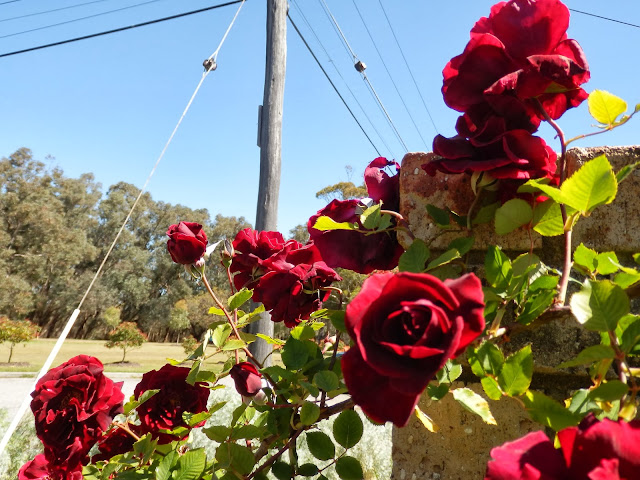 Unable to compete but just as exquisite are such little old fashioned tea roses as this: 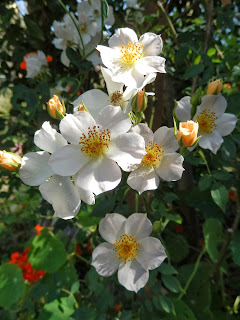 However none of the roses can hold a candle to the flame-like flowers of the protea. Although nestled in a corner of the garden, these tumbling tongues are impossible to miss, each flower extending out and up, reminiscent of an antique lamp, lighting up this patch of garden. 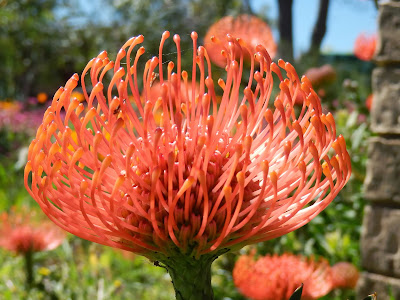 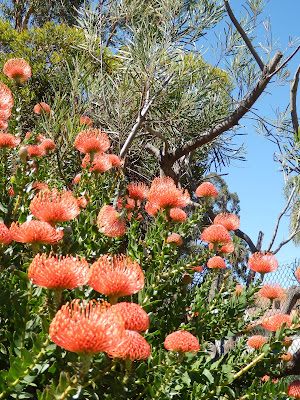 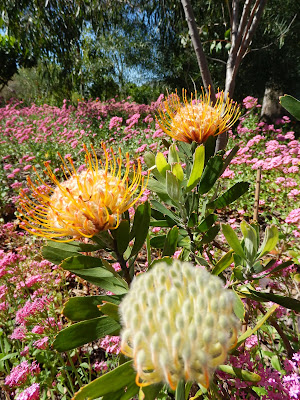 In another part of the garden the lilies are in bloom... 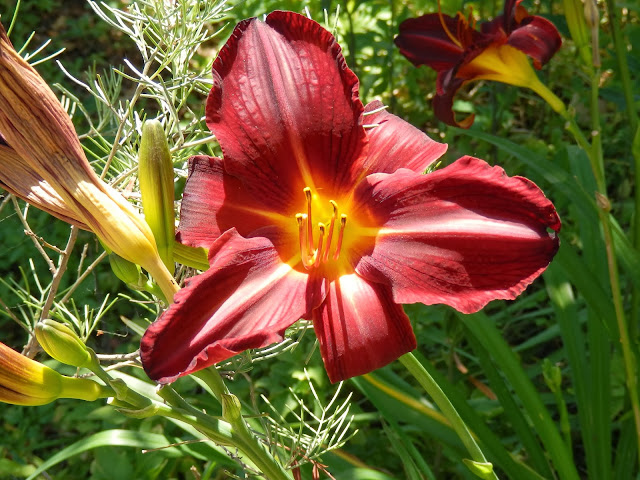 while the aquilegia's buds still require shielding from the snails and caterpillars so that they too have the opportunity to flaunt their coloured variety. 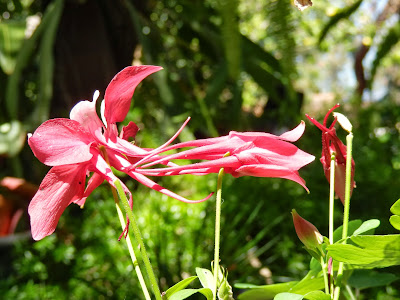 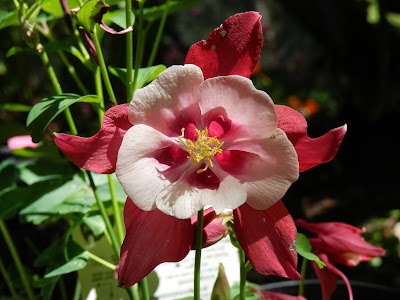 The pink and gray galahs' hollowed trunk in the nearby park has become inhabited by a swarm of bees eager to be within reach of our garden of plenty. 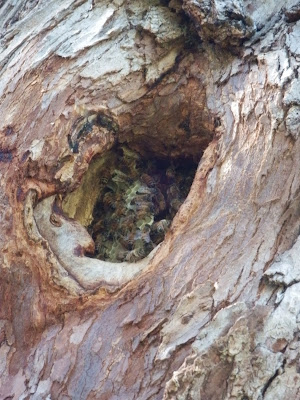 In the vegie garden the broccoli is seeding, in competition with the parsley and the silverbeet while the broad beans have rocketed skywards, all 'protected' by the cat, too busy luxuriating in the combination of shade and cool damp dirt under foot. After all, it is such effort to watch the vegetables grow. 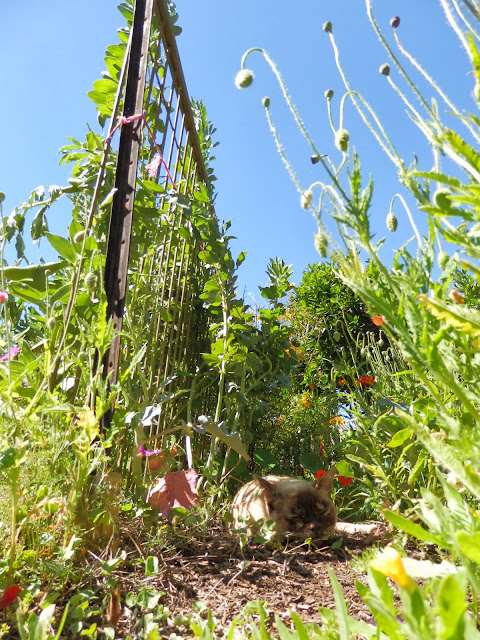 But first, to cure the hay fever...

Email ThisBlogThis!Share to TwitterShare to FacebookShare to Pinterest
Labels: Home Sweet Home, In the Garden

Because I couldn't keep such a beautiful sunset to myself... 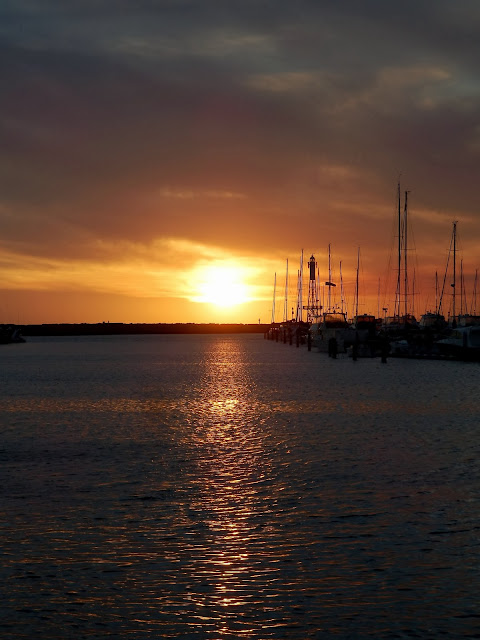 Email ThisBlogThis!Share to TwitterShare to FacebookShare to Pinterest
Labels: This City of Mine
Newer Posts Older Posts Home
Subscribe to: Posts (Atom)