Catching up on my reading from when I'd been in Europe, I stumbled upon a new blog of old recipes; Cooking in the Archives.

It appears to be only a recent project but the authors of this blog are trawling through collections of text dated 1600 to 1800 looking for old recipes that can be revived. For each recipe they publish, they provide a photo of the original recipe, and a transcript, deciphering the ornate and occasionally smudged handwriting. They then adapt the recipe into a format that is more familiar to modern cooks before making it and providing photos and a commentary of the finished recipe.

This particular one is My Lady Chanworth's Receipt for Jumballs, a dish I'd never heard of before. However the recipe sounded simple and a little like the strange flavourings I usually incorporate into my tea biscuits. As the Cooking in the Archives post made them sound like a refreshing, fragrant combination of flavours I thought I'd give them a go. 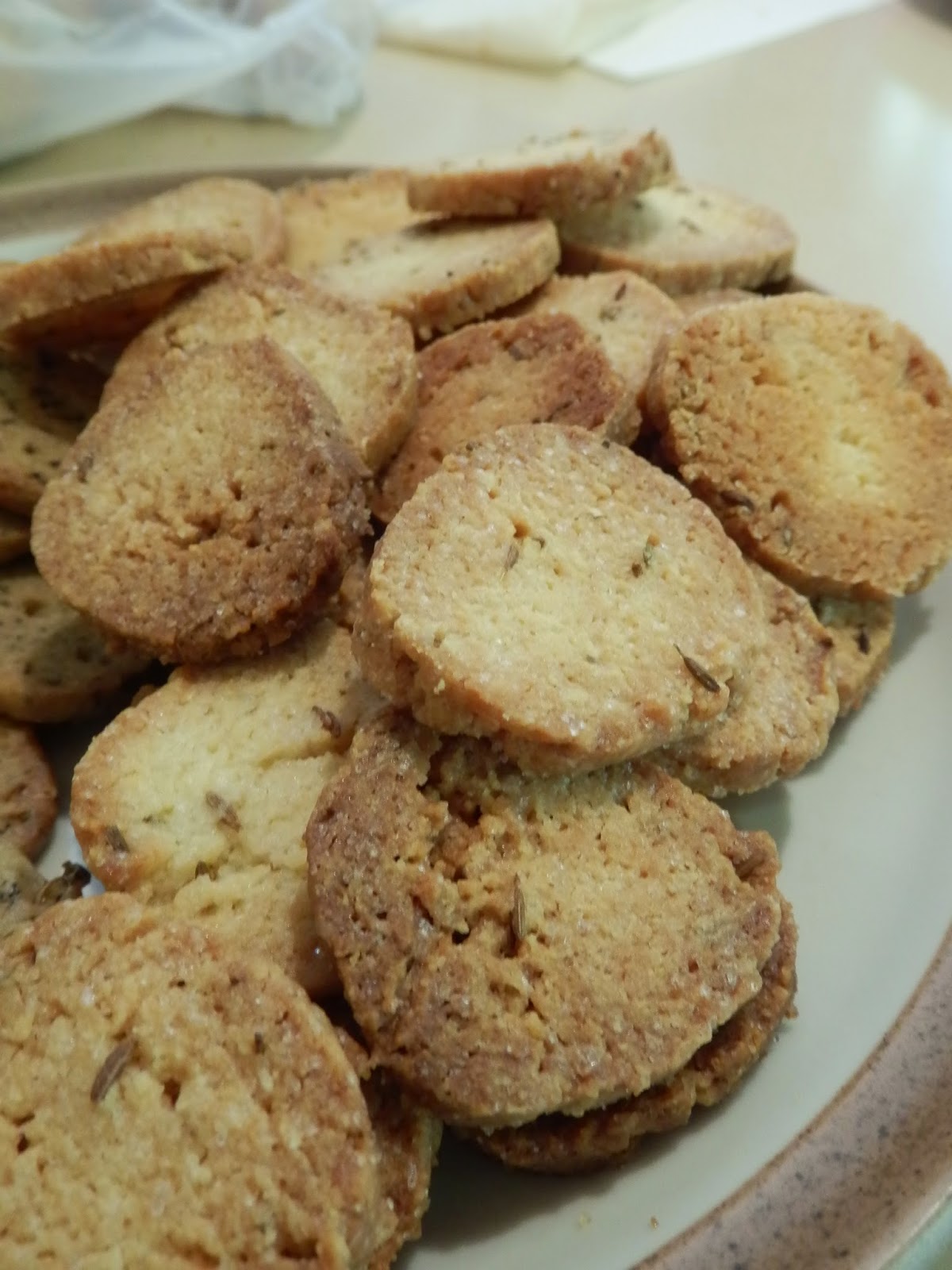 The Original Recipe on Cooking in the Archives. (I halved their recipe again). 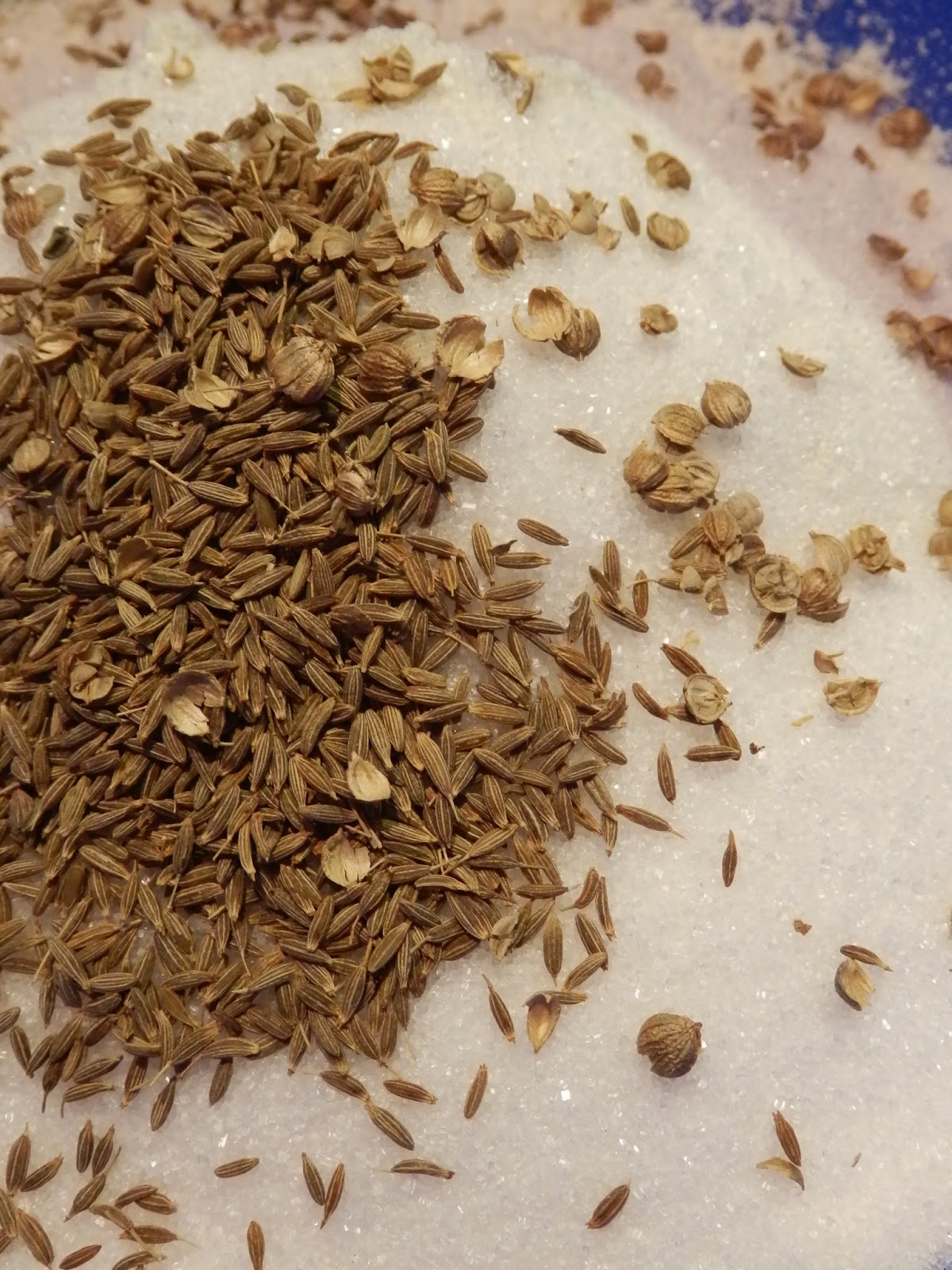 The Recipe
1/2 C sugar (I found this to be too much and would probably reduce this)
1 1/3 C plain flour
2 tsp caraway seeds (I quadrupled this which made the caraway a stronger flavour. Possibly reduce this or bring the other flavours up to meet it)
1/2 tsp coriander seeds (I can't stand coriander and so crushed these before mixing them in)
113g butter, melted (2 sticks or 16 T)
2 t rosewater (Couldn't taste this at all so I'd probably increase it again)
1 egg yolks, beaten
generous 1/4 C ground almonds

This recipe can be mixed by hand but is easier in a food processor. Just don't over mix it. Mix flour, sugar, and spices in the bowl of a stand mixer (or a large bowl if mixing by hand). Add melted butter, rosewater, egg yolks, and ground almonds and mix until a uniform dough forms. (Mixing it by hand, I found my mixture too dry and so added 2 tbsp of milk just so it would form the uniform dough). Roll the dough into a log and freeze for about 10 minutes so that it stiffens and is easier to slice. Slice 0.5cm thick pieces and place on a baking tray. 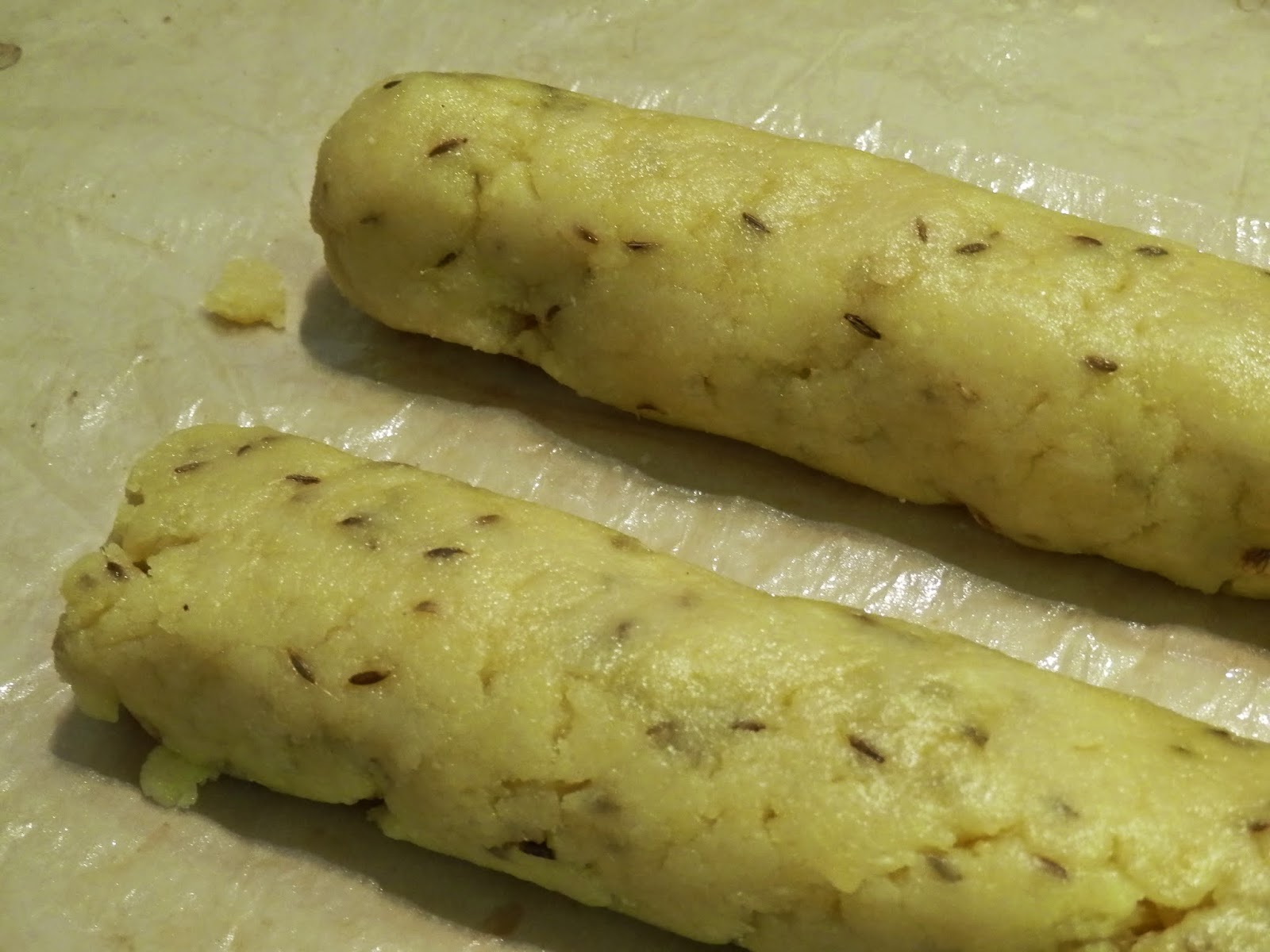 Bake for 15 minutes or until brown around the edges. Allow to cool.

The finished biscuits are rather solid, I may have over beaten the mixture to get it into a uniform dough, and have a sugary sweetness to them but they are a pleasant change from the norm. I will need to tweak the recipe slightly to suit my tastes, and who knows, may find a few other middle eastern 'waters' to flavour the biscuits with.