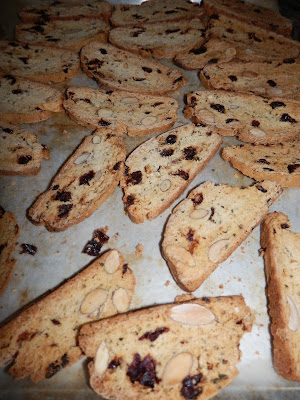 The need for supper at the recent play reading of our writing group meant that Biscotti was made, and for once, I actually managed to take enough photos through the process to be able to write up the recipe here.

Biscotti has always been a go-to recipe in our family, particularly at Christmas time when an orange and chocolate batch is made and taste-tested more than a few times before the festive season begins.

Of course, there is one slight problem with Biscotti, particularly if the people you're entertaining happen to be at the older end of the age scale. Biscotti means 'baked twice', resulting in very dry, very hard, teeth-chipping biscuits.

For this particular rendition, I decided on Cranberry and Almond, with a scented tissane thrown in for added flavour and a slight twist. Because why not.

1 cup (145 grams) blanched whole almonds, toasted and chopped coarsely - I chopped them coarsely, but figured the double baking would toast them sufficiently. It did.
3/4 cup of dried cranberries.
1 teaspoon (5 grams) baking powder
1/8 teaspoon salt  - translate this to a pinch of salt. No need to be pedantic.
3 cups  all-purpose (plain) flour
1 1/2 cups granulated white sugar  - sugar is sugar. There is no way you need that much sugar. I presume I halved it.
3 large eggs
2 teaspoons pure vanilla extract
1/2 teaspoon pure almond extract  - not necessary, depending on how much of an almond kick you want.
Splash of milk when it was looking too dry - due to the addition of the cranberries to the original recipe.
1 tablespoon of scented tea leaves/tissane - do not brew as tea.

Preheat oven temperature to 300 degrees F (150 degrees C) and line a baking sheet with parchment paper.
In a large bowl cream together the eggs, extracts, tea leaves and sugar. 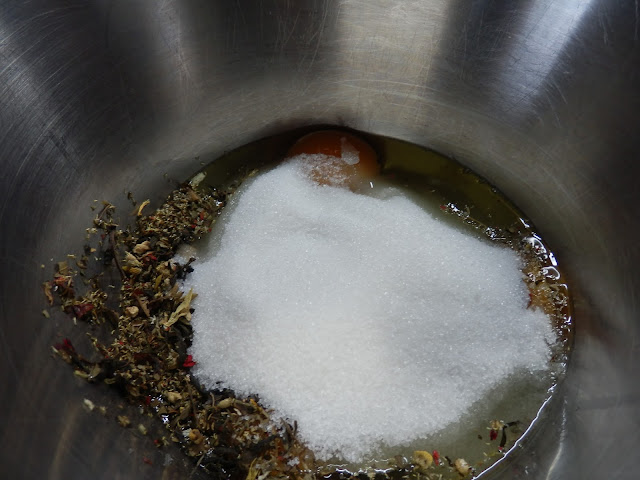 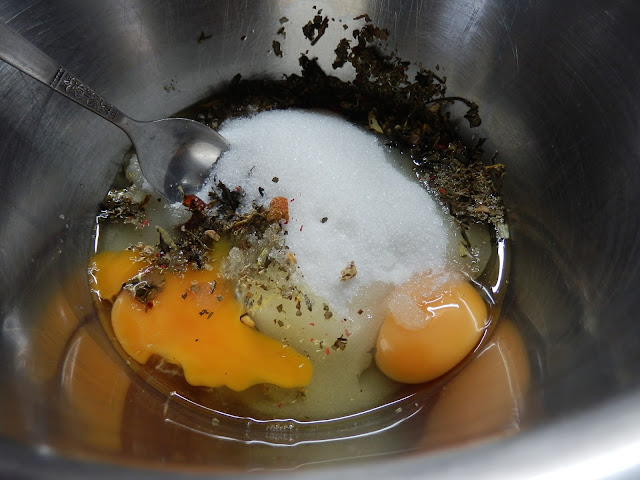 In a separate bowl combine the flour, sugar, baking powder and salt. Mix until well combined.
Gradually add the flour mixture to the eggs and mix until just combined. 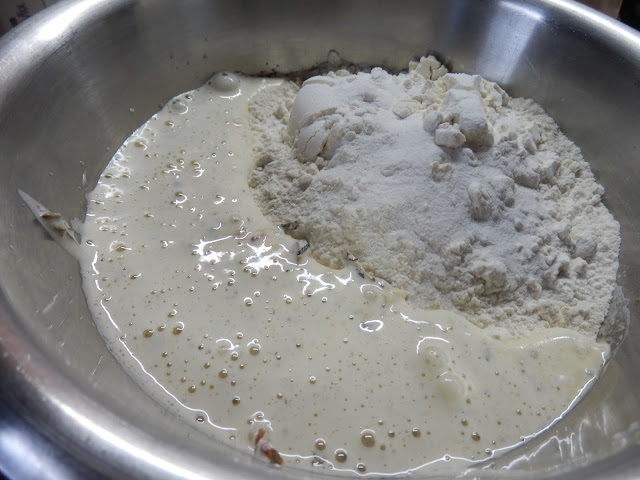 Add the chopped almonds and cranberries. Mix well until it is a uniform dough. 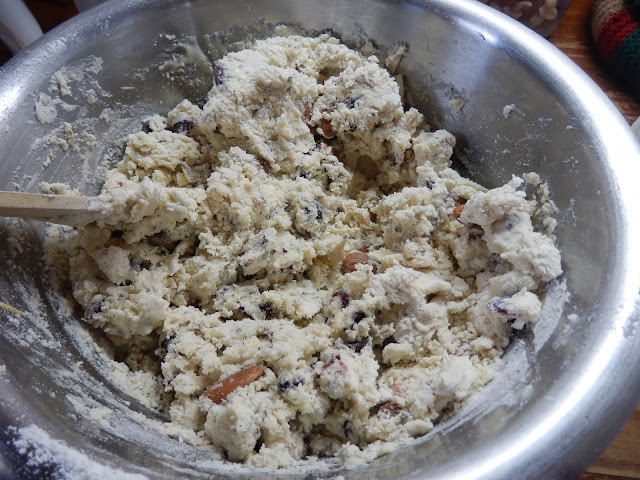 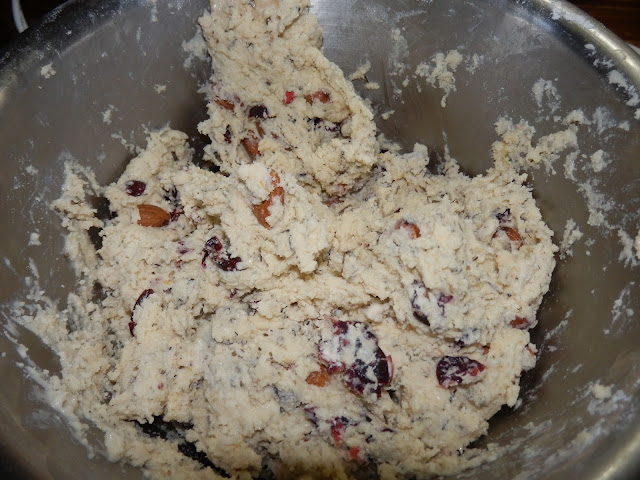 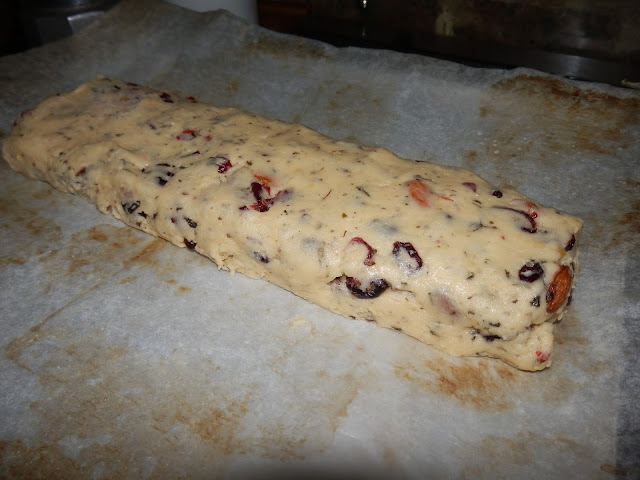 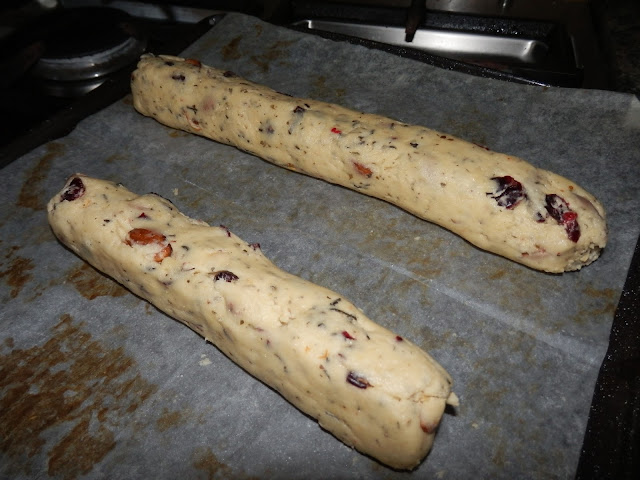 Bake for 35-40 minutes, or until firm to the touch (logs will spread during baking). (so I may have forgotten to take photos for this part. oops)
Remove from oven and let cool on a wire rack for about 10 minutes.
Transfer logs to a cutting board and, using a serrated knife, cut logs as thinly as possible while retaining the integrity of each slice.
Arrange evenly on baking sheet. Bake 10 minutes, turn slices over, and bake another 10 minutes or until firm to the touch. 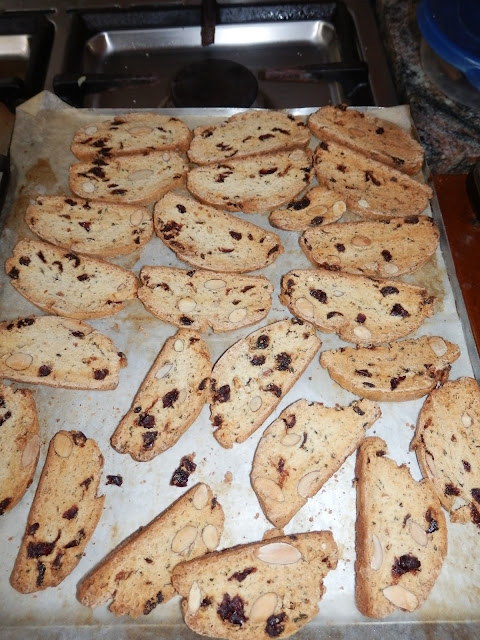 Remove from oven and let cool. Store in an airtight container.